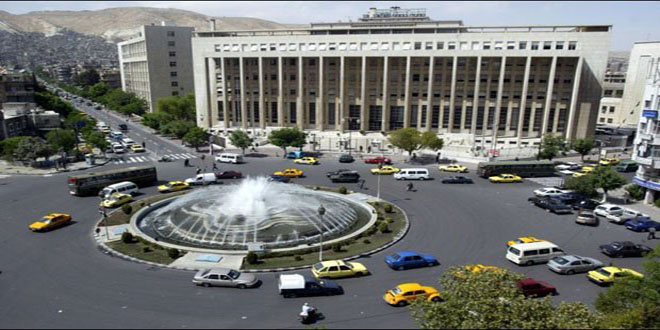 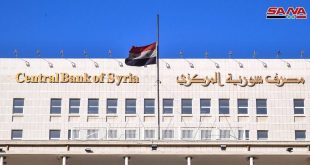 Damascus, SANA- The Central Bank of Syria (CBS) asserted on Tuesday that it will continue the intervention process in the foreign exchange market on a daily basis through the banks and exchange companies, expressing readiness to meet all the market’s foreign currency needs for commercial and non-commercial purposes.

The CBS said in a statement that there will be a new package of measures to support the production process in Syria and to encourage the economic activities’ stakeholders to pursue production, which contributes to supporting the Syrian Pound.

The CBS called on all the private banks to attend a meeting due to be held next Tuesday to discuss means of activating their roles and funding the production and investment process.

On a relevant note, the CBS quoted sources in the market as saying that the selling of USD by people whose savings are in that currency witnessed a remarkable increase as they are worried that the USD exchange rate would drop further.

According to the sources, the volume of the foreign currency offered by the CBS exceeded all expectations, which made speculators and exchange rate manipulators suffer big losses.

Furthermore, the CBS asked the Internal Trade and Consumer Protection Ministry to adhere to the foreign currency price for financing imports as it is set at the date of the customs declaration, rather than the date of granting the import license, when calculating prices for imported goods, with the CBS asserted that this step was taken to stabilize prices in the local markets.