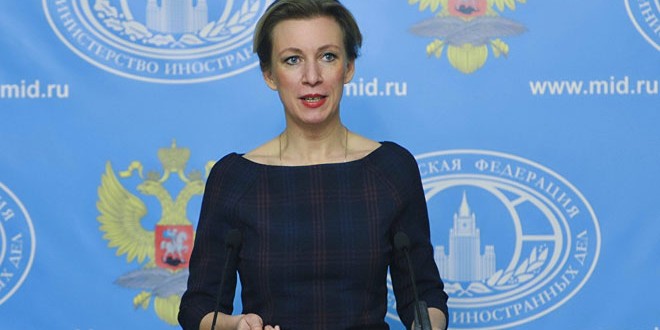 Moscow, SANA – Russian Foreign Ministry spokeswoman Maria Zakharova said on Thursday her country considers the decision of “Riyadh opposition” delegation to suspend its participation in Geneva talks as the intention to line up with the actions of terrorists on the ground.

In a press conference in Moscow, Zakharova said terrorists are making a desperate attempt to undermine the Syrian political process and that the “Riyadh opposition” delegation’s decision “threatens to result in the failure of the hammered out political process under the auspices of the United Nations in Geneva. This could lead to the resumption of a total armed confrontation in Syria,”

She however affirmed that “It is evident as there is no place in the political process for people who adhere to terrorism-related actions.”

Zakharova added that Moscow is committed to the agreements with Washington on the cessation of hostilities agreement in Syria, as well as the UN Security Council Resolution no. 2268, calling on all the parties concerned to adopt a similar attitude in this regard.