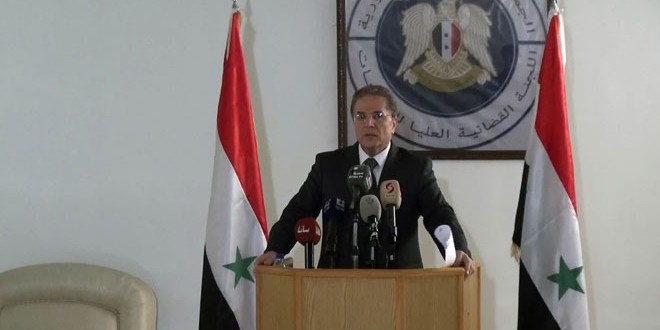 Decree No. 63 set Wednesday, April 13th, 2016 as a date for electing members of the People’s Assembly for the 2nd legislative term.

Sha’ar told SANA that as of Tuesday morning candidates are not allowed to conduct any kind of electoral promotion, pointing out that the concerned authorities in provinces will remove banners, placards and promotions for the elections’ candidates.

Article 58 of the General Elections Law states that promotion for election candidates will stop 24 hours prior to the set date for the elections.