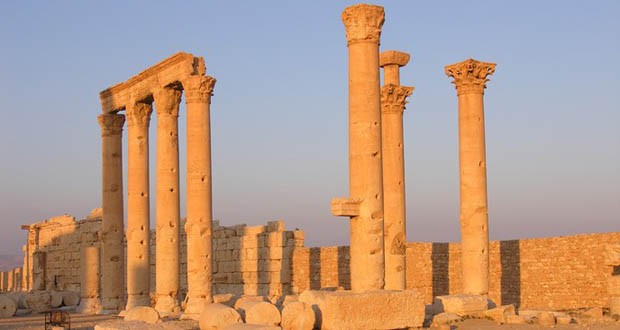 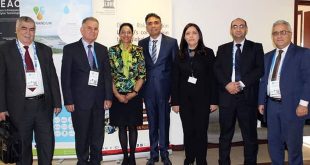 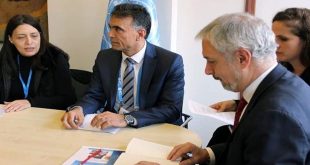 Syria participates in 40th session of the UNESCO General Conference

Paris, SANA – Director General of the UN Educational, Scientific and Cultural Organization (UNESCO) Irina Bokova hailed the operation, currently carried out by the Syrian army, to cleanse the ancient city of Palmyra of ISIS terrorists.

“I welcome the liberation of the Palmyra archeological site, martyr city inscribed on the UNESCO world heritage list, which carries the memory of the Syrian people, and the values of cultural diversity, tolerance and openness that have made this region a cradle of civilization,” Bokova said on Thursday.

The UNESCO chief added that “For one year, Palmyra has been a symbol of the cultural cleansing plaguing the Middle East.”

Elsewhere in her remarks, Bokova said, “As soon as security conditions allow, UNESCO is ready to go to Palmyra with those responsible for Syrian antiquities on a mission to evaluate damage and protect the priceless heritage of the city.”

“The deliberate destruction of heritage is a war crime,” she stressed.

The army, in cooperation with the popular defense groups, has been pushing further into Palmyra city after retaking several hills around the city and a number of areas and sites in its close vicinity in the past days, eliminating all gatherings of ISIS terrorists there.

ISIS took over Tadmur city and the archeological site of Palmyra last May, killing hundreds of the locals and putting in jeopardy a most treasured part of Syria’s archeological heritage.

Over the past period ISIS has destroyed several ancient sites in Palmyra, including the Temple of Baalshamin.

In early July, ISIS destroyed the 1,900-year-old “Lion of Al-Lat” statue in Palmyra, and in August it destroyed large parts of the ancient Temple of Bel, dating back to 32 AD.

It also beheaded a senior archeologist of Palmyra, Khaled al-Asaad, on August 19.