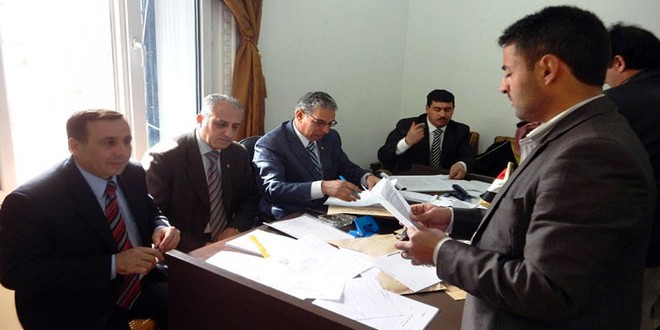 Provinces, SANA – At the conclusion of the 4th day of receiving applications for candidates wishing to stand for the upcoming People’s Assembly elections on Saturday evening, the Higher Committee for Elections announced that the number of candidates has reached 967. Head of the Committee, Judge Hisham al-Shaar, said that the number of applicants is very good, and that the higher the number the better, as this offers voters more options to select their representatives at the Assembly.

Applications for candidacy in the elections will continue to be received on each day including weekends until March 1st, and the elections are scheduled to be held on April 13th.