President al-Assad receives a letter of support from Belarus counterpart 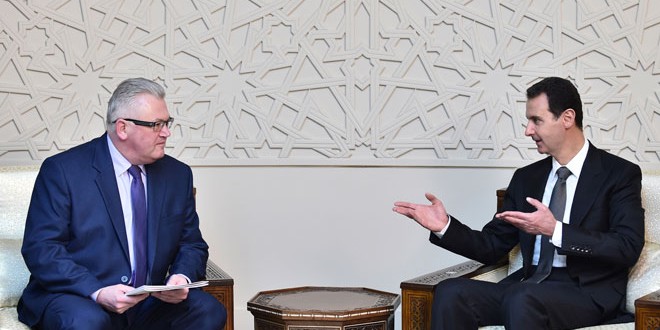 Belarus President expressed his country’s full support to the Syrian people and leadership against the terrorism war, voicing his desire to continue developing the relations between the two countries in various fields. President al-Assad, in turn, expressed his appreciation of Belarus’s stance as it previously underwent Western pressures similar to those currently facing Syria and has been able to win and stand its ground.

He noted that the war Syria is fighting against terrorism and its backers is part of a broader US-led war waged by the West through their tools and agents in the region.

This broad war, the President said, targets all the countries showing resistance to the Western hegemony and adherence to their independent decision and peoples’ interests, with the aim of this war being to draw a new map of the region and of the world.

For his part, Vasilievic said during his meeting with President al-Assad that his country believes in the need to unify the efforts of all countries supporting the Syrian people in the fight against terrorism, expressing his confidence that Syria eventually will be able to achieve victory and restore security to its territories. 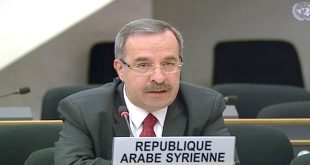 Syria renews call for ending Israeli occupation of the Syrian Golan, condemns continuation of settlement in it

Geneva, SANA- Syria’s Permanent Representative to the UN and other international organizations in Geneva, Ambassador …