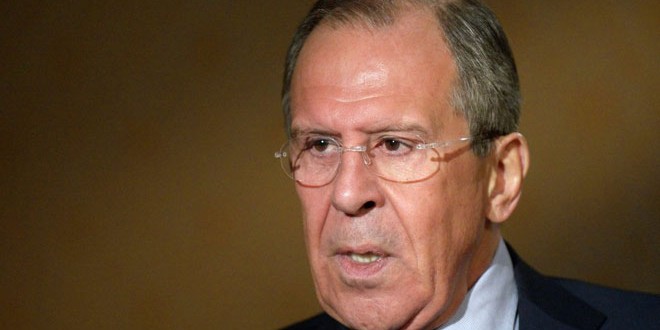 Moscow, SANA – Russian Foreign Minister Sergey Lavrov and the US Secretary of State John Kerry agreed, during a phone call, to exert required efforts to shorten the suspension period of the Syria-Syrian dialogue in Geneva.

On Wednesday, UN Special Envoy for Syria Staffan de Mistura announced suspending the Syrian-Syrian talks in Geneva till the 25th of February.

Russian Foreign Ministry said in a statement Thursday that the Russian side expressed, during the call initiated by Washington, concern over some representatives of the Syrian opposition setting unacceptable preconditions for launching sustainable talks with the Syrian government.

The Russian side called on the US and its allies to commit to all the provisions of the UNSC resolution 2254.

Lavrov and Kerry affirmed the importance that the Syrian government and the opposition take speedy steps to ensure delivery of humanitarian aid to the besieged areas under the auspices of the UN, the ministry said, adding that the two sides also agreed on coordinating expected steps to be taken to deliver humanitarian aid by air using military cargo planes.

In an interview with the Italian newspaper Limes published on Thursday, Lavrov added that the efforts against terrorism must be integral so as to include restoring the political, social and economic stability of the region and respecting its countries’ sovereignty.

He warned that if the International Syria Support Group would fail at its next meeting in Munich to reach a unified list of the names of terrorist organizations in Syria, it would mean that it had lost track of its mission.

He said it is important that any agreed on list be referred to the Security Council to be approved in a new resolution.

The Russian Foreign Minister pointed to another “urgent mission” related to helping the Syrian opposition come up with a common negotiation base for it and form a unified delegation to the negotiations with the government.

As long as these two tasks are not carried out, it would be impossible to make progress towards launching the Syrian-Syrian political process, which would negatively affect the prospects of coordination in fighting terrorism, said Lavrov.