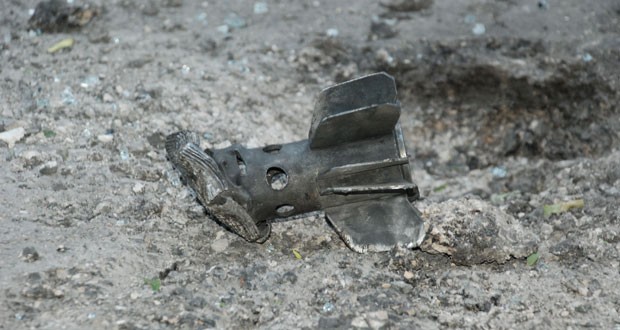 Aleppo, SANA- Three civilians were killed and 11 others were injured when rocket shells fired by terrorists fell on al-Ramouseh neighborhood in Aleppo on Monday.

A source at Aleppo police command said that terrorists fired a number of rocket shells on al-Ramouseh residential neighborhood, killing three civilians including two girl children and injuring 11 others including five children who were taken to al-Jamiya hospital for treatment.

On Sunday, five civilians were injured in rocket terrorist attacks on al-Ashrafieh and al-Syrian neighborhoods in Aleppo.

ِaleppo rocket shells 2016-01-18
qabas
Share
Previous Foreign Ministry: Countries that support terrorism in Syria responsible for ISIS massacre in Deir Ezzor
Next UN will send invitations for Syria peace talks when there is understanding who should be invited from the opposition, Spokesman