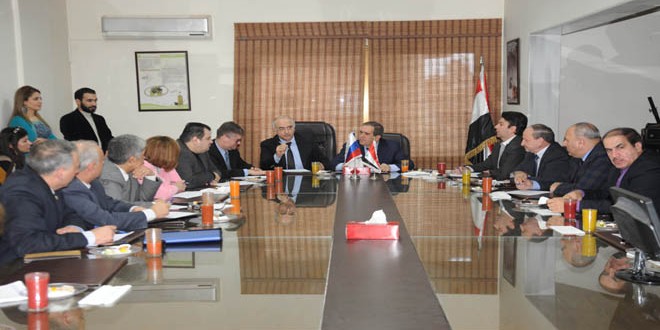 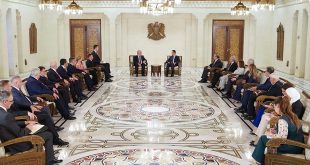 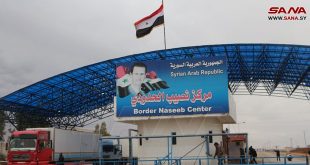 Damascus, SANA – Exporters Union discussed with a Russian delegation on Thursday ways of activating trade exchange and the arrangements required to signing a customs facilitation agreement between the two countries.

The Union’s chairman Mohammad al-Sawah said work is under way to sign the agreement that is related to customs exemptions and access to the Russian markets.

“The cooperation between the two countries is good,” said al-Sawah. “We however have one problem regarding shipping from Syria to Russia and vice versa,” he added.

Al-Sawah explained that trade between Syria and Russia has not stopped throughout the past period, but shipments have reached Russia through Ukraine.

“We are now working to prepare ships to reach Russia on a regular basis,” he said.

In turn, member of the Federation Council of Russia Ziyad Sabsabi said there are weekly contacts between the two sides to get to sign the agreement that is expected to come out in the next few day.

For his part, Igor Matveyev, the Commercial Attaché at the Russian Embassy in Damascus, said developing trade exchange between the two countries needs establishing a joint trade system, pledging that the Embassy will spare no effort to help in achieving that end. 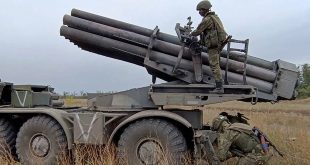