Moscow, SANA- Russian Defense ministry announced on Wednesday that the Russian Air force carried out 121 sorties on 424 positions for terrorist organizations during the past 48 hours in light of an agreement between Syria and Russia to eliminate the Islamic State (ISIS) terrorists and combat global terrorism.

Konashenkov added that the Russian warplanes destroyed a building where ISIS leaders were meeting near Raqqa.

Russian bombers struck a large base for ISIS terrorists and destroyed vehicles, depots, properties, five SUVs equipped with heavy machine guns and four pickups equipped with bombers near Mhein town in the south eastern countryside of Homs, according to the spokesman.

20 oil tankers for ISIS terrorists bound to be smuggled; two Jeeps equipped with anti-aircraft weapons in kafr Nubul in Idleb countryside which were heading for the Syrian- Turkish borders were also destroyed, as well as 6 illegal oil facilities for ISIS terrorists in Deir Ezzor and Aleppo were eliminated, according to Konashenkov.

He said that a Russian bomber destroyed a military tank and three SUVs equipped with heavy machine guns for terrorists and a supplying- post in sorties against their gatherings in Shawargha al-Arz village in Efreen area in Aleppo countryside.

In Hama and Lattakia countryside, the spokesman added that the Russian bombers destroyed two cannons and a depot for terrorist organizations in Lahiya town and a big supplying- post for terrorists and two armored vehicles in al-Khadra village.

Since September 30th, the Russian Aircrafts have carried out 5240 sorties, among them 145 sorties by bombers and missile carriers of a long-range strategic Russian Air Force. 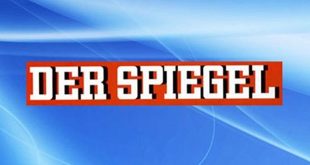 Berlin, SANA- US intelligence services closely follow the locations and movements of the Russian army, …