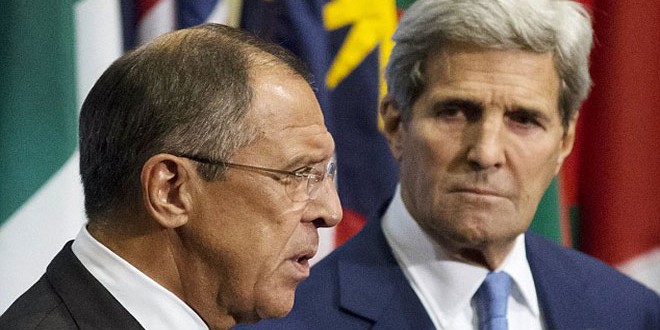 Moscow, SANA – Russian Foreign Minister Sergey Lavrov discussed with U.S. State Secretary John Kerry in a phone call initiated by the latter the implementation of the Vienna agreements on resolving the crisis in Syria and combating terrorism.

The Russian Foreign Ministry said in a statement on Friday that the two sides exchanged opinions on resolving the crisis, following up on the discussions held between Russian President Vladimir Putin and U.S. President Barack Obama during their meeting on the sideline of the G-20 summit in Antalya last Sunday.

The statement said the conversation focused on the need to rally efforts to confront ISIS and other terrorist organizations in parallel with revitalizing efforts to hold dialogue between the Syrian government and a delegation representing a wide segment of the Syrian opposition, in addition to discussing other issues related to bilateral relations and the international agenda.