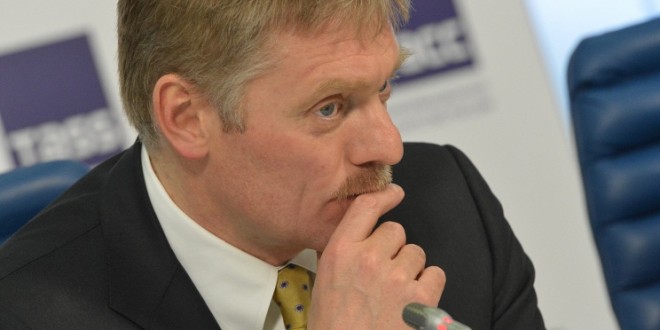 Moscow, SANA – Kremlin spokesman Dmitry Peskov said Russia is making great efforts at all levels in order to activate the settlement process in Syria and it welcomes the involvement of other countries in this process.

In his reply to a question about whether there was agreement on coordinating action about Syria during the telephone call that took place on Monday between Russian President Vladimir Putin and Saudi King Salman bin Abdul Aziz, Peskov said there is mutual understanding between Moscow and Riyadh about the need to continue cooperation and dialogue on the settlement in Syria as well as the settlement in the Middle East.

About the issue of “moderate opposition” in Syria, Peskov said “We have said repeatedly that certain problems exist with identifying the so-called moderate opposition,” adding “There is also a shortage of interaction with our colleagues in identifying really moderate forces, which could help fight terrorist and extremist organizations in Syria.”

The Kremlin spokesman declined to comment on reports by Saudi media which cited unidentified sources saying that part of the peaceful plan in Syria may include certain guarantees provided by Russia in case Syrian President Bashar al-Assad will not participate in elections.

Peskov expected that the Saudi king may visit Moscow before the end of this year and said “We are considering such a possibility through diplomatic channels, and after all conditions and dates are coordinated, we and our Saudi partners will issue a statement on this matter.”