Syrian expatriates organize a campaign to support the Syrian pound 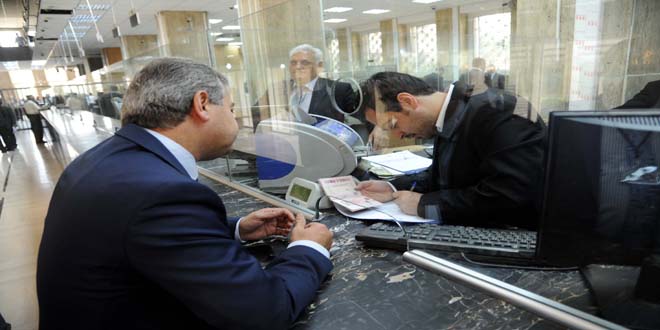 Damascus, SANA – A delegation of the Syrian community in Russia organized on Tuesday a campaign to support the Syrian pound-referred to as the (SYP)-at the Central Bank of Syria (CBS).

Head of the Syrian Community Association in Russia, Wael Jneid, said in a statement to the reporters that the campaign aims at supporting the SYP and the Syrian national economy that have stood firmly throughout the four years of the crisis.

Jneid called on all Syrian expatriates abroad to provide whatever they could afford and put every possible effort to support their homeland and help in easing the impact of the terrorist war waged against Syria since 2011.

The organizers and participants in the campaign said their gesture aims, in one way or another, at showing solidarity with the Syrian people who are suffering and yet holding their ground under the ongoing war and expressing support to the steadfast personnel of the Syrian army.

Members of the delegation noted that they intend to donate money to support the children of martyrs at their schools and the injured army personnel.