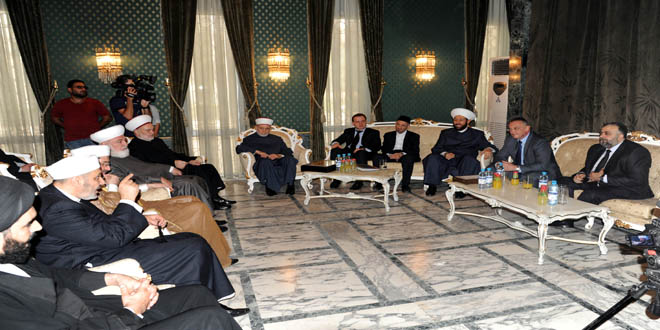 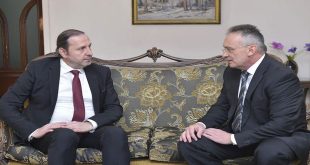 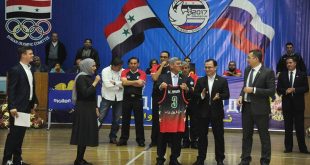 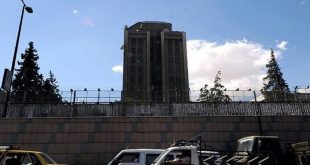 Damascus, SANA-A delegation of Islamic scholars and religious figures visited the Russian Embassy in Damascus on Sunday to express their appreciation for Russia’s stances towards Syria.

The delegation handed a statement to the Russian ambassador in which they expressed their sincere thanks and gratitude for the Russian leadership, army and people due to their support for Syria. Minister of Awkaf (Religious Endowments) Mohammad Abdul-Sattar al-Sayyed affirmed that the Russian support for Syria in combating terrorism has begun to bear fruit on the ground as the Syrian army is achieving victories while terrorists are fleeing.

For his part, Russian Ambassador in Damascus Alexander Kinschaka reiterated Russia’s support for the Syrian people against terrorism, stressing that he will convey the message of love and solidarity to the Russian people and leadership.

He added that Syria will remain as a symbol of peace and love. For his part, Grand Mufti noted that Syria and Iran are the bulwark of the Muslim nation against terrorism. Iranian Ambassador in Damascus Mohammad Reza Shaibani affirmed that Iran’s position in support of Syria against the terrorist threat is firm and unwavering.

delegation of Islamic scholars Russian Embassy in Damascus 2015-10-18
Manal
Share
Previous Warplanes of US-led alliance attack power plant in Aleppo
Next Justice Minister: Next battle will be a legal battle at international courts