Zasypkin: Military help to Syria has effects on the entire region 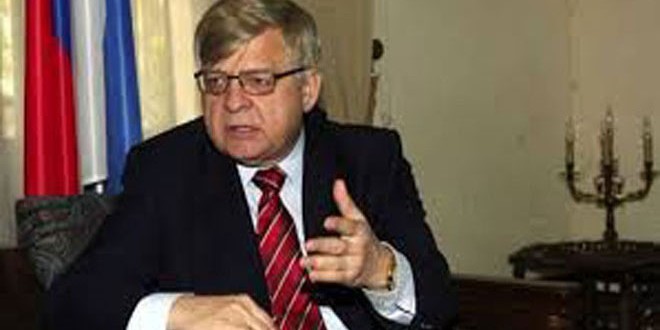 Beirut, SANA – Russia’s Ambassador in Lebanon Alexander Zasypkin said the vital decision made by Russian President Vladimir Putin to extend military help to Syria will have effects on all events in the Middle East.

Duyring a meeting with a Lebanese senior figure, Zasypkin said the military help indicates that the Syrian people and army have been firm against terrorism and that Russia will aid the Syrians, who have been living under hard circumstances for the past four and a half years due to the spread of terrorists and terrorism.

“We knew right from the beginning that there was a plot against Syria and we knew the purpose was destroying the region in order to redraw its map,” he said, adding that Russia and a large number of other countries will no longer accept a unipolar world order.