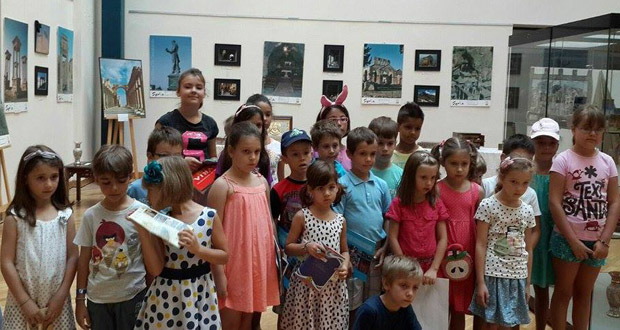 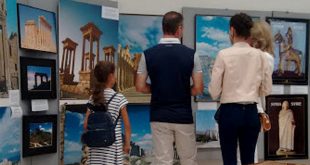 Bucharest, SANA- Activities of the first cultural festival titled “Spread Your Culture”, in which the Syrian Embassy in the Romanian capital Bucharest participated along with 50 other embassies, were concluded on Monday.

The closing ceremony included an outdoor exhibition at the youth park in Bucharest during which a shield of appreciation was offered to the Syrian Embassy for the Syrian distinguished participation.

Official visitors and foreign and popular Romanian delegations were deeply impressed by the Syrian Embassy’s pavilion for which the largest space was allocated due to the variety of distinguished materials and exhibits with which Syria participated.

The Syrian pavilion also focused on Palmyra city and the sabotage and destruction that it faced by armed terrorist organizations.

Visitors expressed deep sorrow over terrorism and destruction that Syria witnesses, particularly the destruction of the cultural and historical landmarks.

The Romanian Foreign Affairs and Culture ministries organized the first cultural festival of the embassies in Romania earlier this month with the aim to enhance cooperation between world cultures and civilizations.

The Syrian Embassy screened the Syrian movie “Mariam” for the director Bassel al-Khatib at Cinema Studio-Bucharest.