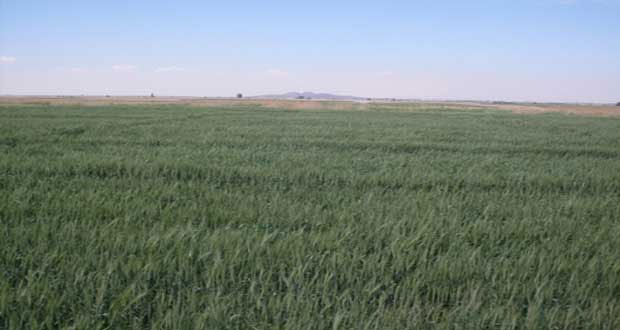 Damascus, SANA – Minister of Agriculture Ahmed al-Qadiri discussed on Sunday with Ambassador of the Democratic People’s Republic of Korea (DPRK) in Damascus Jang Myong means of developing and activating agricultural cooperation between the two countries.

Minister al-Qadiri called for enhancing exchange of expertise, particularly with regard to exchanging seed varieties for producing crops and vegetables.

He noted that Syria has helped the Korean side in trying to breed Awassi sheep in Democratic Korea.

For his part, Ambassador Myong expressed his country’s desire to further develop the already improved relations with Syria, with both sides also agreeing to exchange expertise in agricultural research and helping the Korean side in testing Syrian-produced crops.