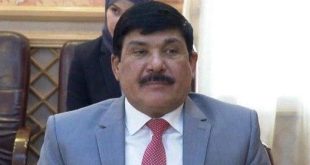 Damascus, SANA – Syria dismissed the bombing which the Islamic State in Iraq and Syria (ISIS) terrorist organization carried out in Sadr city in the Iraqi capital Baghdad as a “cowardly act”.

The terrorist attack took place in a vegetable market in Sadr city, leaving a large number of innocent people dead and many others wounded.

“Syria condemns in the strongest terms the cowardly terrorist attack,” said an official source at the Foreign and Expatriates Ministry in a statement on Thursday.

This criminal act, the source added, stresses one more time the “inevitability that all sincere efforts be unified to fight the scourge of terrorism that poses a serious threat to the regional and international peace.”

The source went on saying that the countries and sides which provide support for terrorism should be compelled to stop their “destructive policies” in compliance with the UN resolutions related to combating terrorism.

“Syria, being faced with this obscurantist Takfiri terrorism, expresses sympathy and solidarity with brotherly Iraq, and calls for mercy upon the martyrs and quick recovery for the injured,” the source said at the end of the statement.

The Iraqi police said earlier at least 54 people were killed and 86 others were injured in the attack, which was carried out by a truck bomb that went off in al-Jamileh market in Sadr city.