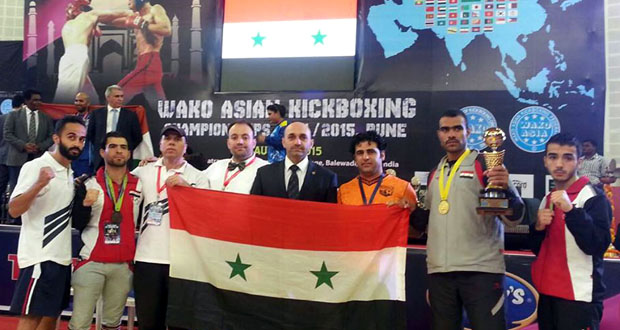 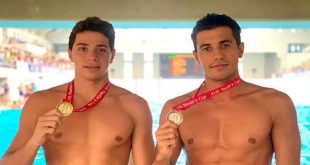 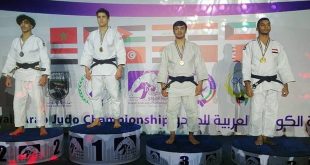 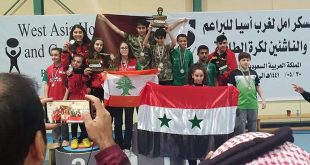 New Delhi, SANA – Syrian athlete Ismail Battih added another medal to the list of achievements made by the Syrian national kickboxing team in the WAKO Asian Championships 2015 currently being held in India, with Battih winning silver for the 86kg K1 division after losing in the final against an opponent from Kazakhstan.

Likewise, Abdelqader Dawajo won silver in the 63kg light contact division after losing to a member of the Iranian team, and with those two medals the total of medals won by the Syrian team rose to 7: 1 gold, 2 silver, and 4 bronze.

Earlier, Battih won the gold medal in the 89kg low kick division after defeating an Indian opponent in the division finals. 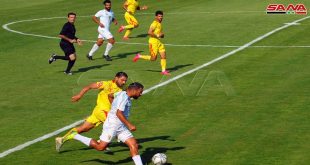 Damascus, SANA-Hiteen football team beat its neighbor, Tishreen 1-0 in a match that was held …