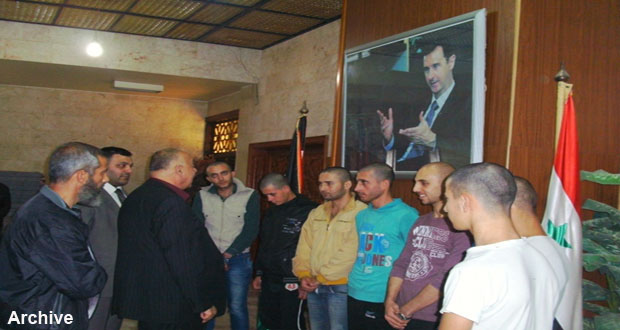 Homs, SANA – Authorities settled the legal status of 120 persons from various areas in Homs province who had earlier turned themselves in and handed over their weapons, SANA reporter in Homs said on Sunday.

Those are from al-Rastan, Talbisa, al-Qseir, Tal Kalakh and al-Manzoul in the countryside of Homs province and a number of neighborhoods in Homs city.

Hundreds of thousands of wanted people from Homs and other provinces have had their legal status settled in the same way, after they would pledge not to carry up arms again or commit any act that could harm the security of citizens and the homeland.

Last month, 243 wanted people from Homs were released after the legal status of each one of them was settled.

Gunmen legal status turn themselves in wanted 2015-07-06
h.said
Share
Previous Power outage in Daraa due to terrorist attack on power generating plant
Next Terrorists confess being trained in Turkey by US, Qatari and Saudi personnel