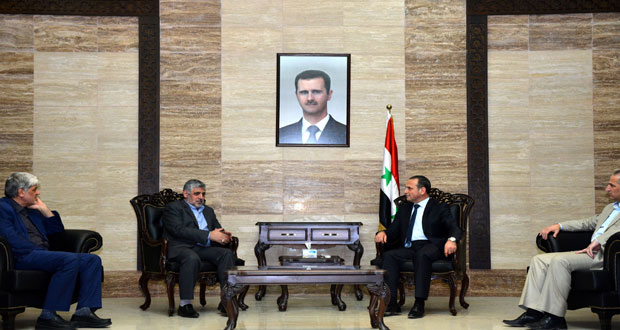 During the meeting, Dr. Yazigi affirmed that health institutions in Syria are still providing all medical service to citizens despite the sanctions and the destruction afflicted to the sector’s infrastructure, adding that the Ministry is working on rehabilitating damaged hospitals and health centers.

He expressed appreciation for the stance of the Iranian government and people in support of Syria against terrorism, adding that the medicines that were imported from Iran were as affective as the foreign brands.

In turn, Ambassador Shibani expressed his country’s support to Syria against terrorism and conspiracies, showing willingness to continue and increase this support, particularly in the health sector.
M.Nassr/Mazen