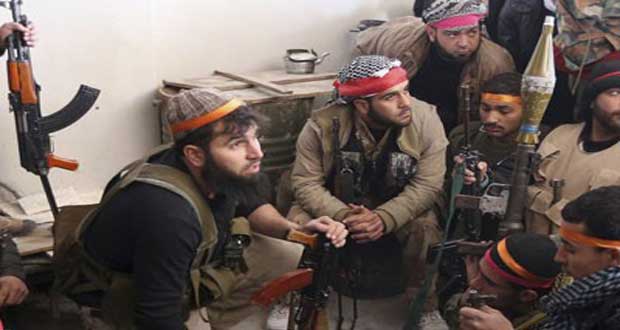 Local sources told SANA that tens of terrorists of both Takfiri terrorist organizations, affiliated to Al-Saud and Erdogan regimes, attacked the village, killing 30 people including five members of one family, looting and burning tens of houses.

The victims included three religious men and two women, the sources added, pointing out that terrorists intended to kill some locals by slaughtering after closing ways to the village, which is located at Summaq Mountain, to prevent any aid from reaching the locals who managed to kill five terrorists.

Al-Nusra and other terrorist groups, affiliated to Erdogan regime, perpetrated many massacres against locals of Idleb province, the latest was when those terrorists perpetrated last month the worst massacre against the local of Ishtabraq village in the countryside of Jisr al-Shoghour where 200 civilians were killed most of them women and children.
Barry