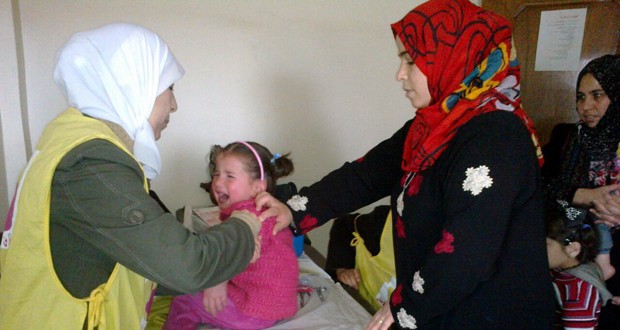 The vaccinations were made available in the health and medical centers in Daraa, Tafas, al-Shajra, Nawa, al-Sanamin, Izraa and Busra cities and towns.

The Health Ministry had launched a national measles vaccination campaign in cooperation with the World Health Organization (WHO) and the United Nations Children’s Fund (UNICEF) between April 19-30.