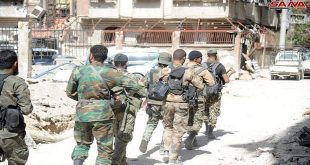 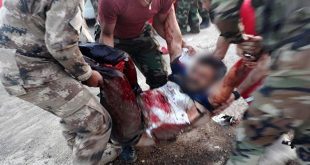 Damascus, SANA – More food supplies were delivered on Saturday to displaced people from Yarmouk Camp who left the neighborhood to escape the crimes of terrorist organizations.

1200 bundles of bread and food supplements were distributed to the people, who are staying in the towns of Yalda, Babila and Bait Sahem in Damascus Countryside. Water was also supplied to the displaced families.

The General Authority for Palestine Arab Refugees (GAPAR) and the United Nations Relief and Work Agency (UNRWA) carry out the aid distribution process, which is facilitated and supervised by the Syrian government.

Residents of the terrorist-besieged Yarmouk Camp, in southern Damascus, were forced to flee after terrorists from the Islamic State in Iraq and Syria (ISIS), in cahoots with Jabhat al-Nusra, entered the neighborhood recently and committed atrocities there.