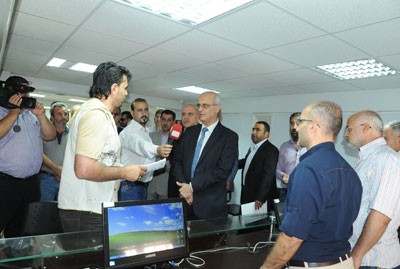 Damascus, (SANA) Transport Ministry launched Thursday the project of electronic title for vehicle ownership as part of the e-government project launched in 2009.

Following the launch, which took place at a vehicle service center in Damascus, Transport Minister Mahmoud Saeed said the project puts vehicles on an equal footing with real estate properties.

He added that the vehicle e-title will be the primary reference for any information about the car as everything will be registered in it by the real owner and is obligatory for owners to prevent any potential forgery and fraud.

Advanced steps have been made with regard to automating and preserving car owners’ documents at the transport departments.

The Minister said the program of automating vehicles’ files is ready and all information has been uploaded on the computer networks of the transport departments of Damascus and Tartous, adding that uploading is in process in Lattakia and Aleppo.

There are 2.3 million registered vehicles across the country, with half a million in Damascus.

Saeed stressed that the Ministry is working to develop the air transport fleet in terms of preserving and restoring airplanes in line with the funds available.

These efforts are heavily challenged by the unjust economic blockade imposed on Syria which caused severe shortage of spare parts.

The Ministry is also on the lookout for spotting the best opportunities for purchasing new planes and aircrafts with the help of friendly countries, the Minister said. 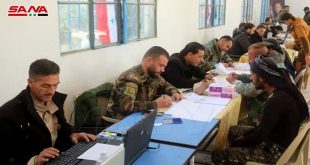 Deir Ezzor, SANA- Hundreds of citizens had their legal status settled on Friday in al-Mayaden …