Havana, SANA – Achieving security, stability and peace in Syria is a need and an interest of all the countries of the world, head of Cuba’s university students federation (FEU) Randy Perdomo Garcia said Wednesday.

Meeting Head of the Syrian diplomatic mission in Havana Dr. Loae al-Uoji, Garcia expressed Cuban people and students solidarity with Syria in its war against terrorism.

For his part, al-Uoji said Syria is facing a war against global terrorism which is backed, financed and sponsored by the US, its allies and tools in the region.

He underlined the importance of having Cuban and foreign students get acquainted with the reality of what is happening in Syria, hailing Cuban students nion’s stance of solidarity with the Syrian people. 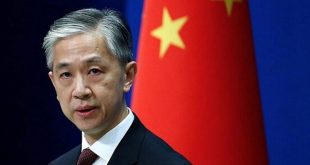