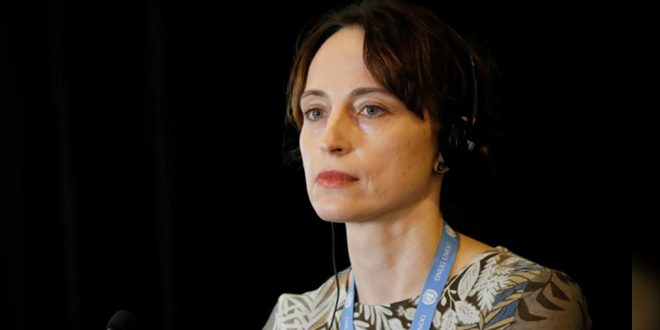 Damascus,SANA- The special rapporteur of the United Nations on the Negative Impact of Unilateral Coercive Measures on the Enjoyment of Human Rights, Alena Douhan, has called for the lifting of unilateral coercive measures imposed on Syria by the United States and its allies. She warned that the illegal sanctions are “suffocating” the country and are “perpetuating and exacerbating the destruction and trauma suffered by the Syrian people since 2011.”

“I am struck by the pervasiveness of the human rights and humanitarian impact of the unilateral coercive measures imposed on Syria and the total economic and financial isolation of a country whose people are struggling to rebuild a life with dignity, following the decade-long war,” stated the human rights expert upon presenting a preliminary report on the human rights situation in Syria.

In the report she published recently, Douhan provided detailed information about the catastrophic impact that the sanction measures, numbering over 2,000, are inflicting on all walks of life in Syria, which has been suffering from a US-led and US-funded proxy war since 2011.

The report was prepared based on her 12-day visit to Syria in October, where she met with representatives from national and local government institutions, NGOs, public associations, humanitarian organizations, businesses, UN entities, academia, religious leaders and faith-based organizations, and the diplomatic community. She visited the capital, Damascus, as well as the city of Homs, rural Homs, and the countryside of Damascus.

Regarding stealing Syria’s water, the special rapporteur reported that 90% of Syria’s population is currently living below the poverty line, with severely limited access to food, water, electricity, shelter, fuel, transportation, and healthcare. The country is also experiencing a massive brain drain due to the economic hardship, as evidenced by the fact that over 40% of Syria’s current population is below 14 years of age.

Douhan explained that the imposition of unilateral coercive measures on Syria’s key economic sectors, including petroleum, electricity, agricultural trade, engineering, and construction, has decimated the Syrian state’s income, and this hinders the government’s efforts in economic recovery, reconstruction, and the return of migrants.

The expert further explained that the blocking of payments by foreign banks and financial institutions, and the refusal of deliveries by foreign providers, together with the blockade-induced limited foreign currency reserves have caused serious shortages in medicines and medical equipment, particularly for chronic and rare diseases. She made particular mention of the deterioration of the public water supply and irrigation systems, whose rehabilitation has stalled due to the unavailability of equipment and spare parts, with serious implications for public health and food security. The lack of drinking water in vast swathes of Syria is the cause behind the current cholera outbreak in the country, as the Syrian government has pointed out.

“In the current dramatic and still-deteriorating humanitarian situation as 12 million Syrians grapple with food insecurity, I urge the immediate lifting of all unilateral sanctions that severely harm human rights and prevent any efforts for early recovery, rebuilding and reconstruction,” Douhan noted.

On Tracking the Flow of Stolen Syrian Oil Into Iraq , “No reference to good objectives of unilateral sanctions justifies the violation of fundamental human rights,” she emphasized. “The international community has an obligation of solidarity and assistance to the Syrian people.”

Douhan also highlighted the multifaceted effects of sanctions, such as problems in areas of international cooperation in science, arts, sports, preservation of national cultural heritage and restitution of cultural artifacts, access to new technologies, cyberspace and online information platforms, regional and international security, as well as the issue of frozen foreign assets of Syrian financial institutions and other entities, and the overcompliance with the unilateral measures by third parties because the sanctioning countries tend to apply the measures extra-territorially.

“I urge the international community, and the sanctioning states in particular, to pay heed to the devastating effects of sanctions and to take prompt and concrete steps to address over-compliance by businesses and banks,” she stated.

Special Rapporteur Douhan has consistently criticized unilateral coercive measures as illegal and “collective punishment” for entire populations. In her role as the UN-appointed expert on the subject of human rights and sanctions, she has also visited Venezuela and Iran—two other countries suffering from economic blockades—and in both the cases she has called for ending the unilateral coercive measures because they undermine the human rights that the sanctioning countries claim to be protecting. 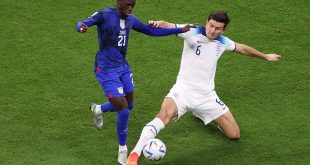