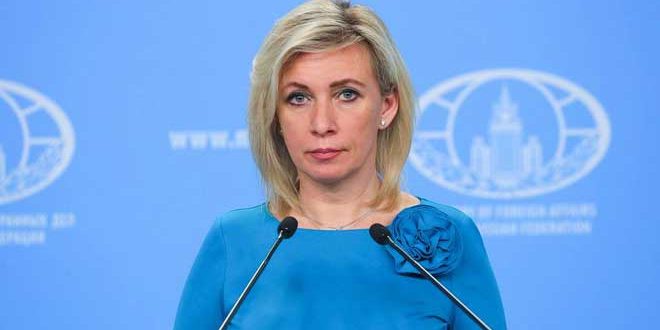 MOSCOW, SANA- The United Nations should provide a clear assessment of the execution of Russian prisoners of war by Ukrainian troops instead of hiding behind common phrases, Russian Foreign Ministry Spokeswoman Maria Zakharova wrote on Telegram on Wednesday.

When asked to comment on a video showing captive Russian service members being shot, Deputy Spokesman for the UN Secretary General Farhan Haq said that the United Nations was concerned about any human rights violations, regardless of who committed them.

“I think that UN Secretariat officials need to make a decision, either stating once and for all that they stand for all good things and oppose all bad things, or adopt an unbiased and impartial approach to various developments based on their responsibilities and mandates,” Zakharova pointed out. “Look at how wordy, specific and proactive they were with regard to the events in Bucha. However, this time, they are hiding behind common phrases in order to avoid making an assessment of facts,” she added.

Russia’s Investigative Committee earlier opened a criminal case over the mass shooting of Russian prisoners of war by the Ukrainian military. The Investigative Committee said in a statement on Friday that the case was based on a video showing Ukrainian troops shooting at least 11 unarmed Russian servicemen captured in the Lugansk People’s Republic (LPR). On Tuesday, the Ukrainian Prosecutor General’s Office said that the Russian POWs shot by the Ukrainian military in the LPR settlement of Makeyevka had been charged with “treachery,” and a criminal case over the laws of war being violated had been opened.