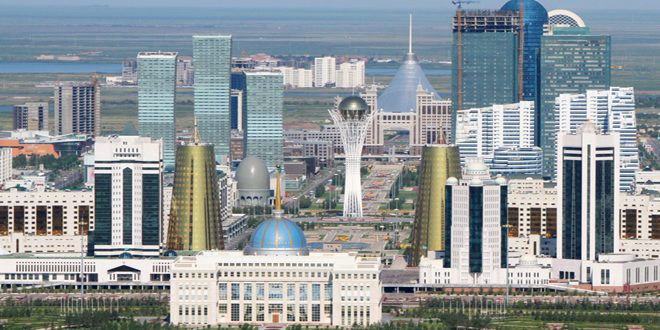 Astana, SANA- Assistant Foreign and Expatriates Minister, head of the Syrian delegation to Astana Ayman Sousan on Tuesday discussed with UN Special Envoy for Syria Geir Pedersen the latest developments in Syria and the region.

Sousan and Pedersen talks come within the framework of the activities of the 19th international meeting on Syria in the Astana format held currently in the Kazakh capital.

Talks during the meeting dealt with the latest developments in Syria and a number of issues of cooperation between the Syrian government and the United Nations, particularly with regard to the humanitarian aspect.

The Syrian government continues to provide humanitarian aid to those who need it in various Syrian territories without discrimination, Dr. Sousan affirmed, noting that there is no need to politicize the humanitarian situation; and calling for respecting the principles that govern work in this field, especially in terms of coordination with the Syrian government.

Reviewing his efforts under his mandate, Pederson pointed out the importance of avoiding any actions that could lead to escalating and complicating the situation, reminding with the UN Secretary-General Antonio Guterres’ statement, in which he called for respecting Syria’s sovereignty and territorial integrity.