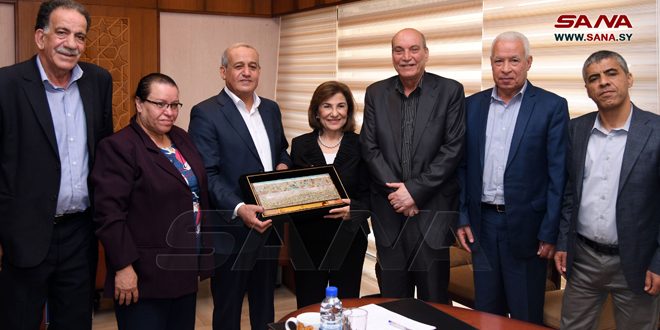 Damascus, SANA- Special Adviser at the Presidency of the Republic, Buthaina Shaaban said that the Syrian people consider Palestine their main cause, and practices carried out by Israeli occupation intend to completely liquidate the Arabic presence.

Receiving a delegation from the Popular Front for the liberation of Palestine on Sunday, Shaaban said that the strategy of the west and Israeli enemy is to spread normalization at the popular level, adding that Syria is facing this by focusing to move efforts the Arab national stream to a popular level to confront normalization.

Shaaban pointed out that the Israeli occupation is a step to dominate the wealth of the Arab nation, and she stressed the importance of taking clear positions and supporting the Palestinian people to help them face Zionist terrorism.

Shaaban indicated that targeting Syria and its institutions in 2011 was primarily aimed at stopping the Arab nationalist role and its stance from the Palestinian cause.

She said that the Western countries and Israel failed to plan, finance and manage the terror war in Syria. 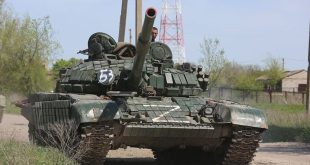 Nebenzia: Europe’s theft of Russian assets is a lesson to the world and proof that …