Mshaweh, Martini: Revitalization of cultural and tourism movement in Lattakia 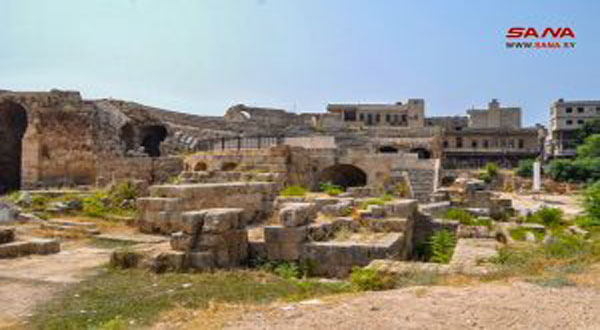 Lattakia, SANA- Culture Minister Lubanah Mshaweh and Tourism Minister Mohammad Rami Martini affirmed the importance of revitalizing the cultural and tourism movement in Lattakia province due to its archaeological and tourist attractions. This came during a visit paid Saturday by the two ministers to a number of the archeological sites in the province.

Head of the Department of Antiquities and Museums at Jableh city and head of the city council briefed the two ministers on the newly discovered archaeological baths between the Jableh’s archaeological amphitheater and the commercial complex.

Mshaweh underlined the need for rehabilitating the archeological sites such as old Jableh Prison building (al-Saraya) and the newly discovered baths as they constitute an added cultural, tourist and economic value.

In turn, Martini that Syria constitutes a museum for humanity and contains the most important sites registered on the World Heritage List, indicating that the Directorate of Antiquities and Museums preserves them with all its capabilities, especially in light of the sabotage of many archaeological sites during the terrorist war on the country.

He revealed that several investments are under construction in Jableh city as they are expected to constitute an added value to the tourism in Jableh.