Dhaka,SANA-Chinese State Councilor and Foreign Minister Wang Yi said on Sunday during his visit to Bangladesh that the United States is mistaken in three aspects regarding a reckless tour to China’s Taiwan region by Speaker of the U.S. House of Representatives Nancy Pelosi.

He made the remarks in response to the latest situation and the quibbling of the U.S. side.
Firstly, Wang said, the U.S. side grossly interfered in China’s internal affairs, adding that despite China’s repeated notifications and warnings, the United States went on its own way, and arranged for the third-ranking U.S. government official to make the so-called “visit” to China’s Taiwan region.

It must be understood that Taiwan is not a part of the United States, but a part of Chinese territory, and the U.S. side has made a public commitment about this, said Wang, adding that the U.S. side’s action is therefore a serious infringement on China’s sovereignty.

Secondly, the United States connived at and supported the “Taiwan independence” forces, he said, noting that any country must safeguard national unity and never allows separatist elements to behave recklessly.
Wang said the ruling Democratic Progressive Party in the Taiwan region has included the pursuit of “independence” in its party platform, and in recent years it has tried every possible means to seek incremental “Taiwan independence” and create “two Chinas” or “one China, one Taiwan.”

The speaker of the U.S. House of Representatives openly backed it up, siding with the separatist forces against the Chinese people, he added.
Thirdly, it deliberately sabotaged peace across the Taiwan Strait. The United States, as known to all, always creates a problem first and then uses it to achieve its own strategic end, Wang said.
He noted that there are signs showing that the United States, by orchestrating Pelosi’s reckless tour to Taiwan, is trying to repeat its old tricks.

Washington is taking the opportunity to build up its military deployment in the region, which deserves high vigilance and resolute boycott from all sides, Wang warned.

He said China’s firm stance, as well as its justified, reasonable, lawful, necessary, open and proportionate countermeasures are aimed at safeguarding China’s sacred sovereignty and territorial integrity, preventing the U.S. attempt from “using Taiwan to contain China,” crushing the Taiwan authorities’ illusion of “seeking U.S. support for their independence agenda,” and earnestly safeguarding peace across the Taiwan Strait and regional stability.

Wang emphasized that the principle of non-interference in each other’s internal affairs is the “golden rule” for the development of state-to-state relations and the “magic tool” for developing countries to protect their sovereignty and security.

Wang said China appreciates the understanding and support for China’s position by various countries, adding that as unilateral bullying acts happen from time to time, the international community should reach an even clearer consensus and make an even louder voice so as to jointly uphold the basic norms governing international relations and international law, and safeguard the legitimate rights and interests of all developing countries. 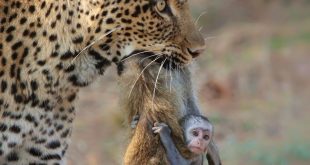 Arlington, SANA- Global environmental organization, The Nature Conservancy, has unveiled the mesmerizing images from its …