Arab writers stress solidarity with Damascus.. It will remain minaret of Arab Culture 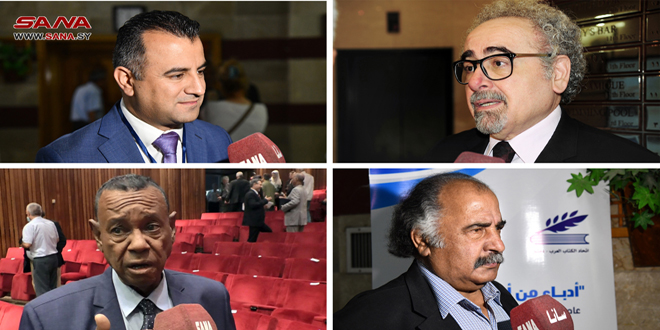 Damascus, SANA- The Arab Writers who are convening their meetings at al-Assad National Library in Damascus sent a message to the Arab world and the region that Syria will remain the fortress of Arab culture over the time. Damascus, which the years of the terrorist war have failed to undermine its cultural bright, has remained the destination of the Arab writers and intellectuals.

On the sidelines of the meeting, SANA reporter met a number of heads of the Writers’ Unions.

For his part, Dr. Alaa Abdel-Hadi, the Secretary-General of the General Union of Arab Writers stressed the importance of holding the meeting in Syria to confirm Syria’s vital role in the Arab culture, asserting the important role of the Arab writers and intellectuals in maintaining the historical principles of Arab conscience.

The participants in the meeting said that holding the meeting in Damascus constitutes a message from the Arab writers and intellectuals to the Arab world and the region that Syria has recovered and that it will remain the throbbing heart of the Arabism and the minaret of the Arab Culture. 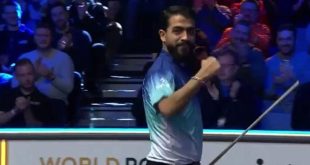