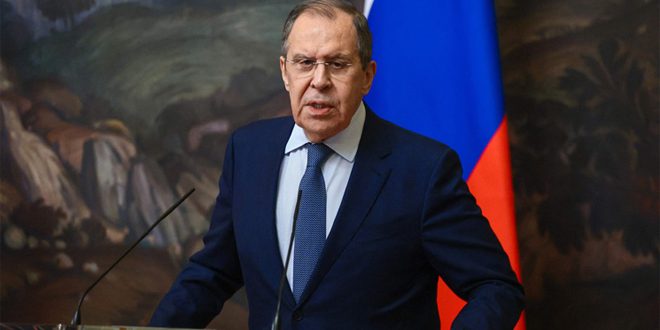 Cairo, SANA-Russian Foreign Minister Sergei Lavrov reiterated that only the Syrian people can decide the future of their country without foreign interference.

During a press conference with his Egyptian counterpart Sameh Shoukry in Cairo on Sunday, Lavrov stressed, the importance of the international community supporting the solution in Syria in a way that preserves the country’s unity and sovereignty.

Lavrov pointed out that he had held a constructive dialogue with Egyptian President Abdel Fattah El-Sisi, adding that there is an agreement on a number of regional and international files between Russia and Egypt.

Lavrov said that the second Russia-Africa summit is planned to be held in mid-2023.

He welcomed all the initiatives of the Egyptian side to join the Shanghai initiative, pointing out that Egypt will participate in the BRICS meeting.