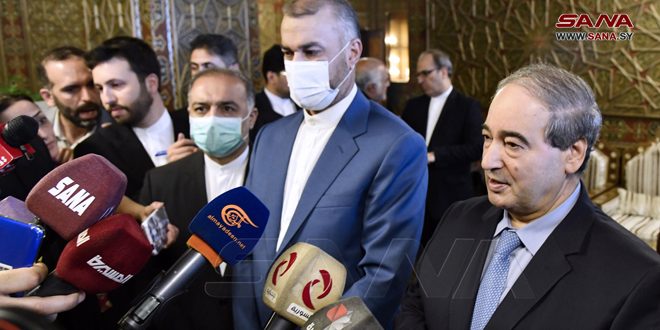 Expressing the importance of the visit as it comes following many local, regional and international developments whether in Syria or in Iran, Mikdad told Journalists in statement that “the two countries hold continuous and close consultations about all developments.”

He added that the situation in Syria needs more consultations between the two friendly countries, especially the Israeli repeated acts of aggression on Syrian territory, in addition to Israeli threats launched against Iran, which aim at weakening resistance front.

Mikdad expressed Syria’s support to Iran in the nuclear file, asserting that Tehran spares no effort to ensure security and stability in the Gulf region, voicing Syria supports the positive developments taking place in that region.

For his part, Abdollahian said that the latest visit of President Bashar al-Assad to Tehran is a turning point in the relations between both countries, adding “We have gone into new stage of comprehensive relations, especially in the economic and trade fields. The Iranian diplomat added that his visit is an opportunity to follow up the latest developments on bilateral relations.

“Iran condemns the Zionist aggression targeted southern Tartous this morning,” Abdollahian went on saying, adding that the Zionist entity seeks to destabilize Syria and tries to show Damascus as an unsecure city in order to obstruct the return of displaced people

He reiterated Iran’s support for Syria’s sovereignty and territorial integrity, asserting his country’s rejection to any military aggression on Syrian territory. 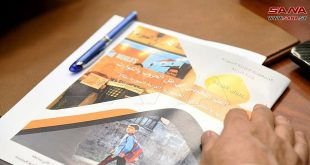 Damascus, SANA- The Ministry of Education has completed setting Discussion Paper for Syria to participate …