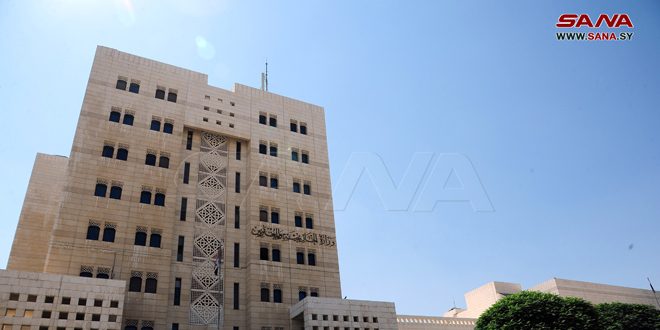 Damascus, SANA-Syria stressed that that providing aid and supply to armed terrorist organizations in northeastern and northwestern of Syria by the United States of America and its Western tools has devastated Syria’s economic potentials as it led to the looting of Syria’ resources of cotton, oil, wheat and antiquities.

“The statement issued by the US State Department on granting a license to carry out economic activities in northeastern and northwestern of Syria is no surprise to Syrian Arab Republic given that the successive US administrations are responsible for the terrorist war which Syria was exposed to ten years ago” the Foreign and Expatriates’ Ministry said in a statement.

The statement said that providing aid to armed terrorist organizations in northeastern and northwestern of Syria, by the United States of America and its Western tools, has led to the devastating of the Syrian economic potential , looting of its wealth of cotton, oil, wheat and monuments, destruction of the infrastructure and the martyrdom of many innocent citizens who rejected to participate in these American and Western schemes.

It  added that “the allegations included in the statement of the US administration is nothing but a continuation of this destructive approach, which contradicts the United States’ international commitments to combat terrorism and the commitment to the unity of the land and people of Syria”.

The statement pointed out that “the fragmentation of Syria was an American and Western goal, but the steadfastness of the army, people and leadership of the Syrian Arab Republic foiled this goal”. 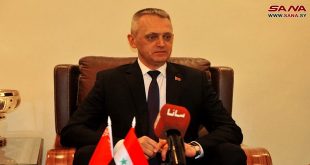