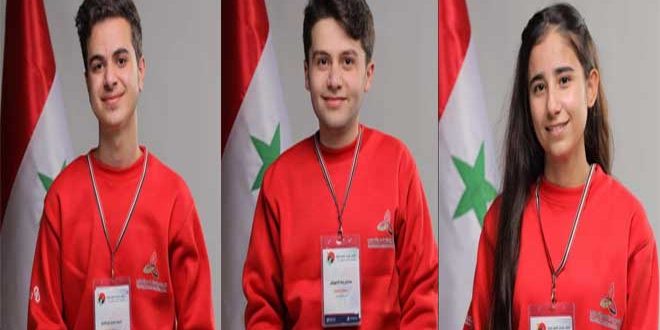 Damascus, SANA- The Syrian Scientific Olympiad achieved an important international success in its first participation at the International Chemistry Competition (StemCo) organized by Singapore remotely on April 24th, with the participation of 48 contestants representing European and Asian countries.

Syria has gained several gold, silver and bronze medals achieved by the nine members who represented the national team of Syrian Scientific Olympiad for Chemistry, after they obtained the first nine places in the last selection tests for the World Chemistry, 2022, Distinction and Creativity Agency said in a statement to SANA.

The competition was held within two levels; the first level (third grade secondary school) the gold medal went to Ahmed Ezz El-Din from the National Center for the distinguished, while the silver medal went to the student Salman Darwish and the student Muhammad Hatem Ali, while student Hamza Masoud won the bronze medal, according to the Agency. 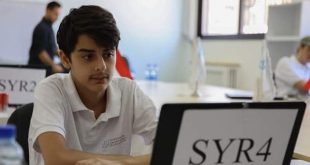