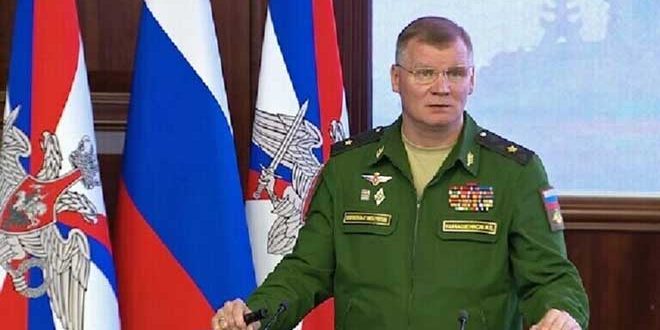 Russian Defense Ministry spokesperson, Major-General Igor Konashenkov said in a press briefing on Tuesday that the High-precision missiles of the Russian air forces hit 32 military sites in Ukraine, including 20 areas for the military equipment posts.

He added that four weapon caches of rockets and artillery in the Slavyansk and Druzkova regions of the Donetsk Republic, a command and control center belonging to the 105 battalion of the defense, as well as two artillery batteries were all destroyed.

Konashenkov said that the missile and artillery forces also destroyed 5 command centers of the Ukrainian forces, 81 concentration areas for forces and military equipment, as well as 8 artillery batteries, in addition to the destruction of two missile launch systems in the surrounding of the town of Berezovka and the Buk missile system M1 anti-aircraft in the vicinity of the town of Kumar.