Canadian journalist: From Syria to Ukraine, Western media is practicing the same lie 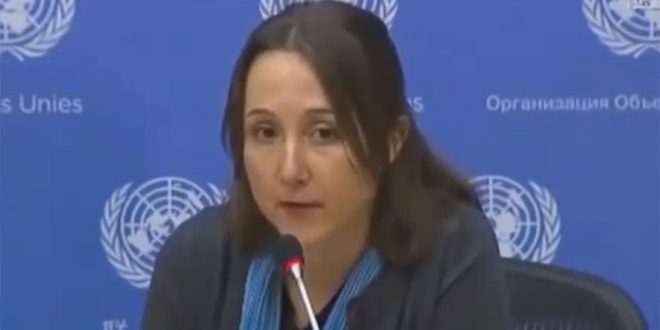 Damascus, SANA-Canadian journalist Eva Bartlett affirmed that the crimes of terrorist organizations in Syria and cover-up of the Western media have been repeated again since the beginning of the special military operation in Ukraine, noting that the hands of the West and its media machine are stained with the blood of innocent civilians in the two countries.

In an exclusive interview with SANA, Bartlett, who worked as a war correspondent in Syria and is present today in Donbas to cover the special military operation, pointed out the similarity between the political and media disinformation practices carried out by US and its allies during the crisis in Syria and what is currently happening in Ukraine.

She stressed that the Western media are participating in the crimes committed against civilians in Ukraine, as they were doing in Syria, through their lies and covering up of the facts.

Bartlett added that the Western media’s coverage of what is happening in Ukraine and its description of the Russian operation as an invasion was just an expected issue, just as the media in the West and the US have whitewashed the page of terrorist organizations in Syria since their occurance in 2011 and covering up the atrocities they committed over many years.

Bartlett said that the scenes that show Ukrainian civilians welcoming the Russian forces are similar to what the world saw in Syria when the Syrian Arab Army entered to liberate the areas where terrorists were deployed.

Bartlett went on to say that most Western media deny the existence of Nazism in Ukraine and lie about what is happening, noting that BBC and other media promoters in the West were not satisfied with such behavior only, but also reached the point of manipulating video footages and removing images that appear Nazi slogans.

2022-04-20
Manar
Share
Previous Haddad : Russia will win war against neo-Nazism and racism in Ukraine
Next Citizens of Qamishli countryside expel vehicles of US occupation