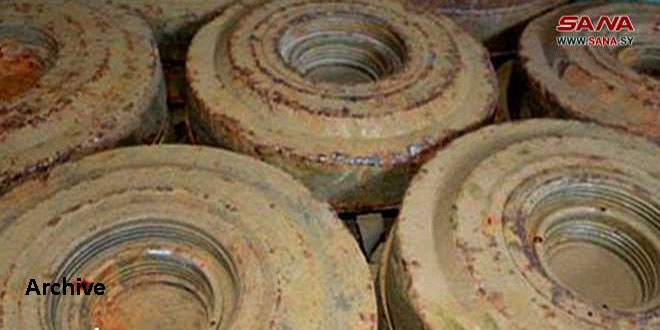 Daraa, SANA- Two people were seriously injured Sunday, while they were working on their land as a result of a landmine explosion left behind by the terrorists in Khirbet Ghazala town in Daraa countryside.

A source at the National Hospital in Daraa told SANA that the hospital received two people, one of them was injured in the chest, abdomen and lower limbs, while the second one was injured in the limbs and head, as the necessary treatments and services were provided to them.