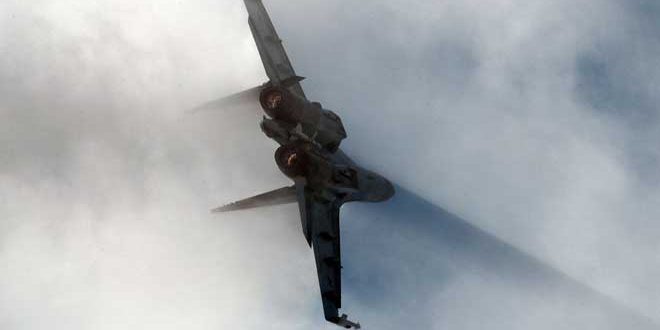 Moscow, SANA- Russian Ministry of Defense released, for the first time, a video footage showing a Russian Su-35 fighter while carrying out a military operation at night.

The Ministry said in a statement on Sunday, that the fighters intercepted air targets and destroyed Ukrainian army’s air defense systems.

The Ministry pointed out that one of its fighter pilots discovered a Su-27 affiliated to the Ukrainian army and managed to destroy it and prevented an attack on the Russian forces.

Earlier, the Russian Defense Ministry released video footage of the process of destroying armored vehicles and military depots of the Ukrainian army with Russian drones.

2022-03-20
Manar
Share
Previous Moment by moment… the 25th day of Russian special military operation to protect Donbas
Next Army intercepts a convoy for US occupation, consists of 6 vehicles, which attempted to enter two villages in Tal Tamer area, northwest of Hasaka 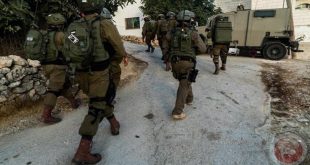