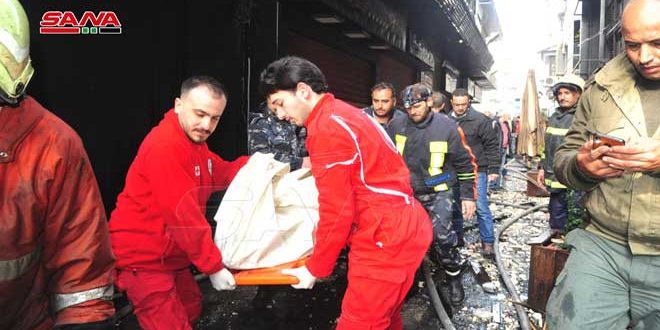 Damascus, SANA- Eleven people died, and seven others were injured in a fire that broke out on Tuesday at dawn in the entire building of “La Mirada Mall” on al-Hamra Street, Damascus.

He said the bodies were not identified and so they were taken directly to the refrigerators, to carry out the necessary examinations by the forensic medicine to determine their identity. The ministry added that the ambulances are still in the place to support the firefighting teams and civil defense until they finish the cooling operations. Hassan added that four centers of Damascus Fire Brigade, in addition to the civil defense personnel, headed to the place of fire immediately after it broke out.

For his part, Damascus Governor, Eng. Adel al-Olabi, said that the fire erupted at dawn, and immediately members of Damascus Fire Brigade, Civil Defense and medical teams headed to the place. 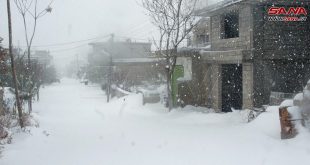