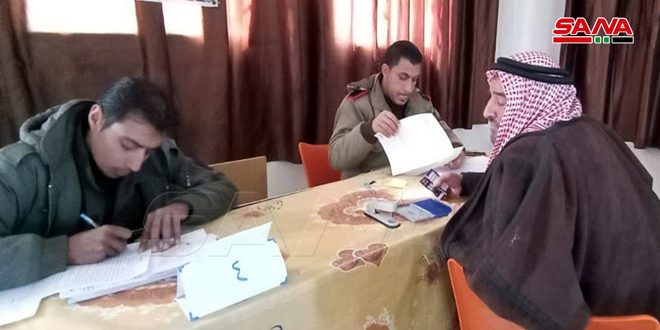 Raqqa, SANA- More citizens have joined the settlement process at al-Sabkha Center, according to SANA reporter in Raqqa Province.

The reporter added that the competent authorities at al-Sabkha Center in Raqqa Countryside have settled the status of 3,232 since the comprehensive settlement process was launched in the province 27 days ago.

In Aleppo province, SANA’s reporter affirmed that the competent authorities continue to settle the status of dozens on a daily basis in Maskaneh town in Aleppo eastern countryside in the framework of the agreements proposed by the state.