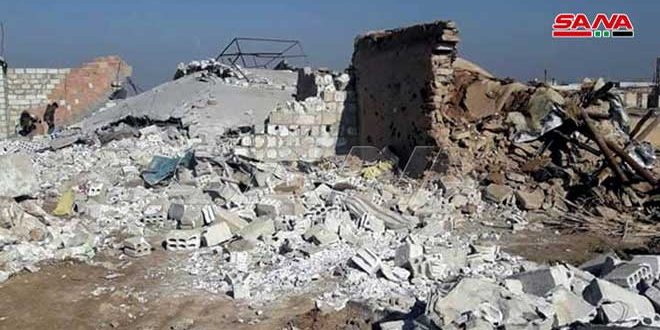 Hasaka, SANA- US occupation warplanes renewed their bombings of residential houses in the vicinity of the Industrial Secondary Prison in Hasaka city under the pretext of hunting those who escaped from prison in Ghweiran neighborhood, while QSD militia stormed into several neighborhoods in the city.

SANA reporter in Hasaka said that the US warplanes bombed six sites in the vicinity of the Industrial Secondary Prison and the eastern outskirts of Ghweiran neighborhood under the pretext Daesh terrorists are fortified in, which caused big damage to number of houses.

The reporter said that QSD militia stormed into s number of citizens’ houses in al-Aziziyah neighborhood in Hasaka city and kidnapped a number of them and took them to an unknown destination.