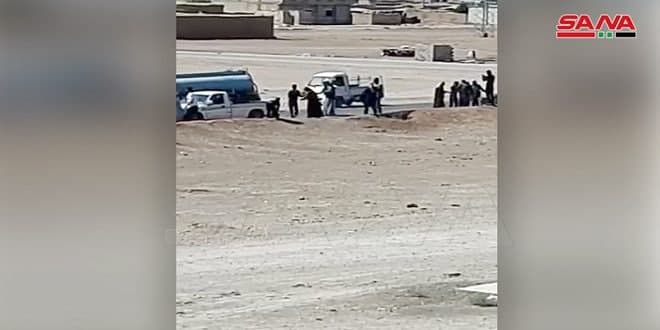 Raqqa, SANA-US-backed QSD militia kidnapped about fifty citizens in Raqqa and its countryside. The citizens were among those who were evacuated by the militia from al-Hawl Camp in Hasaka during the last duration.

Local sources told SANA that QSD broke into houses of Raqqa and kidnapped nearly 50 persons who were earlier taken from al-Hawl camp in Hasaka eastern countryside.

The reporter added that that militia has been storming into the houses at times of curfew imposed daily by QSD.

2022-01-27
Mhamad
Share
Previous Snow in Tartous countryside
Next Belarus Premier: We are ready to enhance relations with Syria