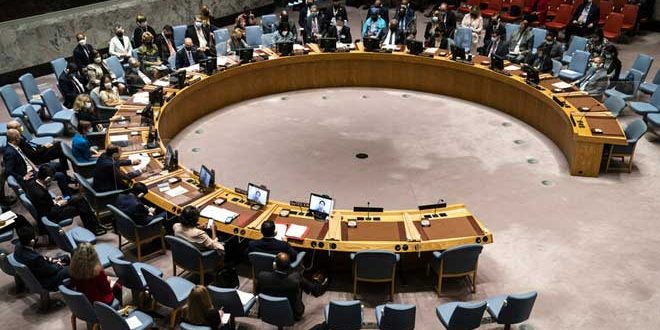 New York, SANA- First Deputy Permanent Representative of the Russian Federation to the United Nations, Dmitry Polyansky, announced that Moscow has demanded the UN Security Council to hold a meeting on the attacks that are launched by Daesh terrorist organization on northeast Syri, RT said Wednesday .

Polyansky expressed, in a statement to journalists, his country’s deep concern over the reports related to Daesh latest attacks in northeast Syria and the general situation at that part of the country, indicating that they demanded a meeting on Thursday.

The Russian diplomat added that Moscow demanded to hold a separate meeting in which it is expected to listen to a report by the UN Deputy Secretary-General, Under-Secretary-General of the United Nations Office of Counter-Terrorism, Vladimir Voronkov, and other UN general Secretariat representatives, on the latest developments in northeast Syria.