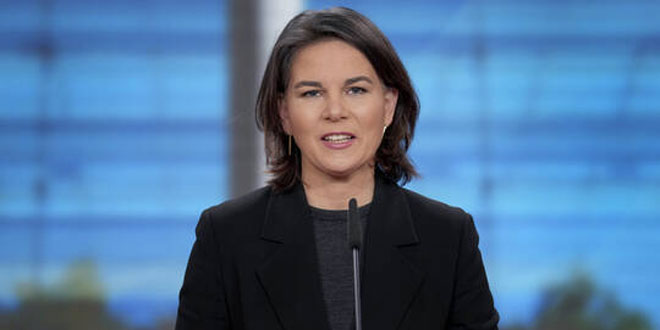 Before heading to Kiev and Moscow, Baerbock indicated that there is a long list of topics and issues that must be discussed between Germany and Russia, according to Russia Today Website.

German Foreign Ministry spokesman Christopher Berger had announced earlier that Minister Baerbock would visit Kiev and Moscow to discuss the situation in Ukraine.