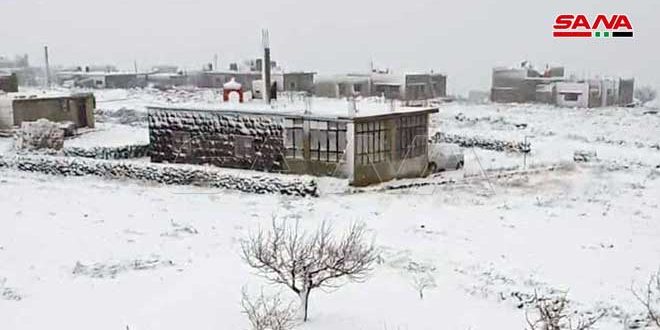 Sweida, SANA- Over the past hours, Sweida southern province has witnessed different amounts of rainfall and snowfall in Dahr al-Jabal area and a number of villages in the eastern and southeastern parts of the province, and in the southern countryside.

All roads in the province are passable, except for Dahr al-Jabal Sala road which is hardly passable, Head of the Readiness Department in Sweida province, Hussein Safi said in a statement to SANA.

He added that the highest thickness of snow reached about 5cm in some high areas as in Sala village.

Safi added that snow is still falling over some high areas, and any emergency which may occur due to weather conditions will be dealt with. 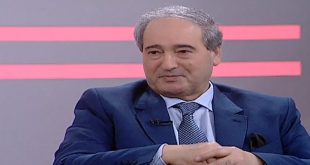