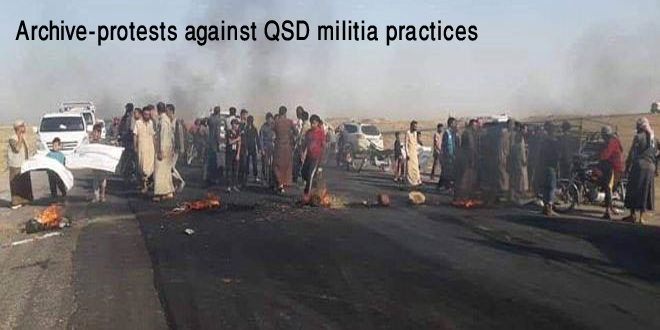 Deir Ezzor, SANA- A number of gunmen from the US occupation-backed QSD militia were killed and others were injured in an explosive device attack in Takihi village, Deir Ezzor northern countryside

Over the past period, the attacks on QSD positions in al-Jazeera region have been escalated, causing deaths and injuries among its ranks, in addition to destroying their positions and vehicles.