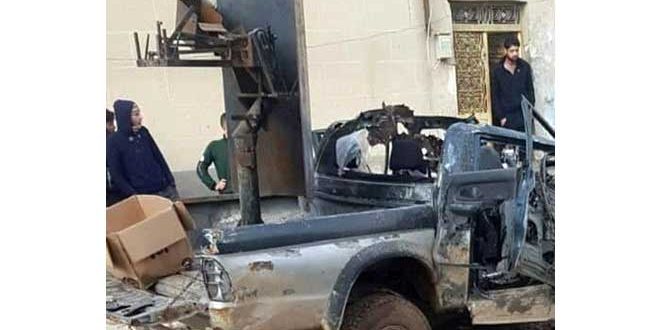 Aleppo, SANA- A number of Turkish occupation mercenaries from terrorist organizations were injured in the blast of an explosive device in their car in Azaz City in Aleppo northern countryside.

Local sources told SANA that an explosive device went off on Thursday morning in a four-wheel drive vehicle equipped with a machinegun belonging to the Turkish occupation-backed terrorist organizations in Azaz City in the northern countryside, as a number of terrorists sustained injuries of varying severity, in addition to material damages in the vicinity of the explosion.

The sources pointed out that two ambulances came to the site of the explosion and transported the injured to Turkish territory.